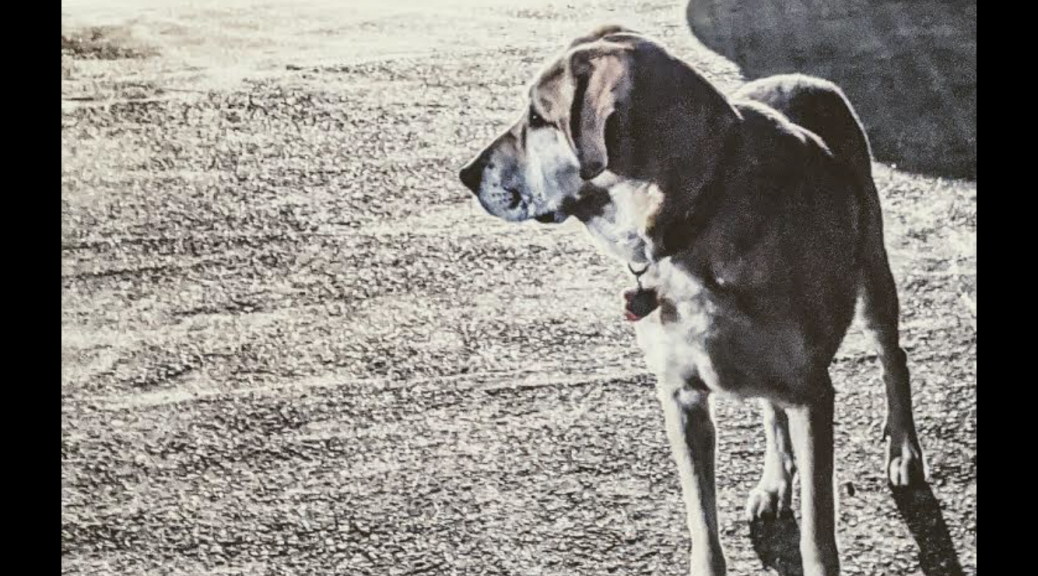 “Let’s go to Nike,” Sydney says, and starts putting on her shoes. She doesn’t bother with socks because the stick-poke on her leg is not even an hour old, much too fresh for fabric. Fraggle is already getting ready to do another one on somebody else, laying all the shit out on the table and taking giant slugs of whiskey straight out of the bottle. Yesterday he sat in the kitchen floor and did all the veins in his feet, turning them into tree roots twining up his legs. Blood and ink all over the linoleum, it looked like a fucking murder scene by the time she made him quit.

The radio is up loud and when she finishes with her shoes she stands up and turns it off, stops and looks around. Fraggle glances over at her in the new quiet and shrugs, drops everything but the bottle and heads for the door. Chad and Stacy are making out on the futon in the corner and Sydney kicks it as she walks by. They pull their faces apart and Stacy starts messing with her hair and straightening her clothes.

“Come on, Jupiter, get in the car,” Sydney says, and the giant dog lifts his head up off the couch. His ears twitch forward and that’s about it. Chad and Stacy get up and follow Fraggle out of the apartment, hands already all over each other again. “Jupe. Come on,” Sydney repeats and the dog lumbers down off the couch and stretches hard into his front legs. He yawns and shakes his head and follows everyone out the door.

I’m hunched over the coffee table rolling more joints, even though there are already a dozen laying in front of me. I take a drag from the one in my mouth and call behind her as she disappears outside. “Nike? Y’all can barely even wear shoes,” I holler after them. No one listens or cares and I get up and start sticking joints in my pockets. “Well goddamn, hang on,” I say, and hurry to catch up.

Thunder Kiss ’65 is playing in the car and as soon as it’s done, Sydney starts it over. She is yelling at Stacy in the backseat and it’s hard to tell if she’s pissed or just wants to make sure Stacy can hear but either way it sounds like she’s having a shouting match with Rob Zombie. “Look,” she says, “when you hit him there’s only three things he can do.” Fraggle swerves around another hole in the road and everybody goes leaning into each other and then back again when he corrects the wheel. The dog is taking up more space than anyone and I try to push him over but it’s no use and I go back to listening to Sydney.

Chad and Stacy are still pressed hard together for no reason and Sydney turns full around in the front seat. I pull out a joint and light it and hand it to her as Fraggle drops the gear and starts the drive up the mountain. We aren’t going to be able to go much further in the car but there’s a place to pull over and park after the first bend. Sydney hits the joint and blows the smoke in Stacy’s face. Stacy looks away from Chad and when she sees the look Sydney’s giving her, she tries to scoot away from him, pulls her hands out of his lap and starts straightening her hair and clothes.

“Yeah, sis,” Stacy says. “Three things.” Chad starts to reach for the joint but Sydney doesn’t even glance at him and hands it to Fraggle instead. He billows smoke against the dashboard as he rounds the bend, finds the cut and shuts off the car. The radio dies when he opens the door but Sydney’s volume doesn’t change. Fraggle gets out with the bottle and takes a long slug, opens the back door for Jupiter to jump out. The dog doesn’t move, even when I start pushing on him.

“He can lash out,” Sydney yells. “He can run. Or he can freeze.” She gets out and leans back down into the car, face to face in the backseat with Chad. “Come on, Jupiter,” she says, and the drop in volume and tone make it clear she wasn’t just yelling over the radio. She glares at Chad from inches away as the giant dog jumps down into the dirt on the other side. He immediately hikes a leg and pisses on the tire. I wait for him to get done before I get out.

Fraggle has already started up the road with the joint so I light another one and climb out of the car.

“That’s not even true, Syd,” I say. “There’s all kinds of shit he can do.” She doesn’t say anything, just pulls her head out of the backseat and scowls at me over the roof, so I keep talking. “He could pull out a weapon.” She keeps glaring, and I go on. “He could fall down and have a seizure. Hell, he could even,” I say, and she cuts me off.

“Are you done?” she growls and steps out of the way so Chad and Stacy can finally get out. They stretch in the sun and Sydney slams the door and walks over to me, reaching for the joint. I hit it again and blow the smoke in her face. “It was anecdotal, you fucking assmonkey,” she says and punches me in the arm. I don’t fight or fly or freeze, I just start laughing and hand her the joint as Jupiter follows us up the road, all of us lagging behind Fraggle and the bottle.

Nike Missile Site LA-94 sits on top of a mountain off Sand Canyon Road in the LA National Forest. By the time we get up there Jupiter is panting full out like he might quit and lay down any minute, but as soon as he sees the concrete pad he trots right over and starts drinking from the puddle of water pooled in the corner on the far side.

“When’s the last time it rained, you reckon,” I say, and Sydney stops on the path and calls the dog.

“Jupe, that’s probably radioactive,” she says, “get over here,” and the dog comes panting back across the pad. His tail wags when Sydney starts to move again. She scratches his giant head and he falls in behind her. “Some kids died up here, you know,” she says to me as I fumble around in my pocket for another joint. I find a bent one and spend a second getting it straight before I light it. “Well, back there on the road,” she says. “Prom night.”

“They did not,” I say, and hand her the joint. Chad and Stacy are over by the radar station, leaning up against the wall. They’re starting to get handsy again and even though Sydney’s squinting into the sun she rolls her eyes hard enough for me to see.

“They damn sure did,” she says. “They went to my high school. They were headed up here to smoke pot or make out or whatever kids do after prom. I think they were drunk,” she says, and looks away from Stacy, finds Fraggle out at the edge of the cliff, drinking hard from the upturned bottle. We start to make our way over to him, passing the joint back and forth while she tells me about the ghost that haunts the road we came up, how her hair is flying out on all sides, her face a ruin of made up flesh. How she moves up and down the road trying to find help for her friends. “She doesn’t walk,” Sydney says, “she just floats above the ground and lunges at you with outstretched arms.”

“Tell me you don’t believe this shit,” I say, and Sydney starts to laugh.

“Do you believe there used to be nukes right here under our feet? You better believe I fucking believe it.”

I look over my shoulder for a girl in a floating prom dress, but she’s not there, just some dude coming up over the edge of the hill, carrying a canvas bag. Sydney and Jupiter lope up to Fraggle, standing there in his bare feet, every vein of them tattooed with India ink. She takes the bottle from him and turns it up, finishes it off in one smooth gulp.

“Jesus,” Fraggle says. “I couldn’t of poured it out in the sink that fast.” He reaches in his pocket and pulls out a flask as I hurry over. The sky stretches out in front of us forever, and I wish I wasn’t out of breath.

“You better call your sister,” I say as Jupiter watches me pant, and Sydney turns around. She looks behind me and sees the guy with the bag, takes a few steps back toward the radar station.

“Stacy. Get over here,” she yells, and Stacy pushes Chad away and starts to straighten her hair and clothes. “Right now, Stacy,” Sydney shouts, and Chad finally notices the man who has joined us on the mountain. They leave the building and come lurching across the concrete pad at a trot.

The guy doesn’t pay any attention to us, just walks over to the edge of the cliff on the opposite side. He’s wearing spandex pants and he kneels and puts the bag on the ground. Once he has it open, he starts digging around inside. Sydney looks ready to charge him and knock his ass off the side of the mountain, but all he’s pulling out is a bunch of long poles and an even bigger bunch of fabric.

“Is this guy pitching a fucking tent up here?” Fraggle says, as we watch the guy start putting it all together. He hands me the flask and I take a long pull.

“I’m pitching a tent up here, if you know what I’m saying,” Chad says, and Sydney turns around and punches him in the stomach. His face turns red and you can almost see the steam shoot out his ears as he doubles over and freezes.

“That’s too flat to be a tent,” I say, handing the flask back to Fraggle. “Shaped all wrong, too.”

“Well what is it then,” Sydney says as Stacy moves to comfort Chad. He shrugs her off and steps back, sulking, reaching for the flask. Fraggle twists the cap on and puts it back in his pocket.

“You guys are assholes,” Chad says.

“Guys,” Stacy says. “Look.” Everyone stops and looks at her, follows her outstretched hand. “It’s a fucking hang-glider,” she says, pointing.

The guy steps into it and starts getting his hands set as the group of us goes stock still. We wait there a moment with the silence fraught around us, the city too far away to hear. He takes a couple of steps forward and launches himself like a missile off the mountain.

“Holy shit,” Fraggle yells, and all of us go running over to the other side of the cliff. Jupiter jumps and barks, and Sydney has to grab his collar to make sure the giant dog doesn’t go tumbling over the edge. “A fucking hang-glider,” Fraggle says, and pulls out the flask and hands it to Chad. I dig around for the last joint and we get it going, fearless, staring after the man as he sails ever smaller through the Santa Clarita sky.