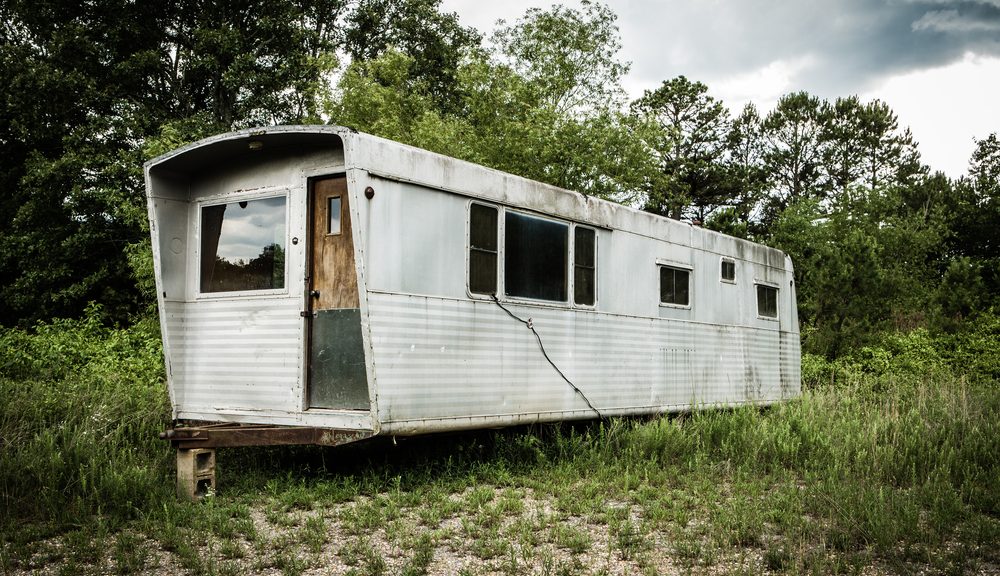 They’ll tell you the Panhandle is part of Florida, any map or GPS will say the same, but anybody that lives around here knows it’s just more Alabama, and it’ll stay that way for the next fifty or sixty miles. It stretches out in either direction and it doesn’t much matter if you’re headed east or west, it’s all just loblolly pines and the slow creep of kudzu tearing everything down. Two-lane roads that lead god knows where and tattered billboards that haven’t been legible for years.

I drain the last of the beer from the can and toss it out the window, watch in the mirror as it sails neatly into the bed of the truck. You would think I’ve been doing this forever, because I have. I crack open another and take a long pull.

Pantera gives way to Behemoth and I hear the tires move across the paint, feel the truck begin to shake as it starts whipping through the grass. I snatch it back onto the asphalt and take another pull from the beer. By the time Behemoth is giving way to Hank III, I’m flicking my half-smoked cigarette into the wind and tossing the empty can behind it.

There is no destination; there’s nowhere out here anyone would want to go.

I’m standing beside the truck staring at my phone, smoking a joint and trying to figure out if I still have service. I haven’t decided one way or the other when it rings in my hand.

“Hello, husband,” she says, and I hit the joint and wait. “Are you at the show?” she asks.

“Scared they won’t let you in?” she says, and I stand there, stupid. I flick the roach into the weeds and watch it burn; unbuckle my pants and piss on it, stagger back against the truck.

“Why the fuck wouldn’t they let me in,” I say, putting my pants back together and reaching through the window for another beer.

They’ve all rolled into the floorboard and I have to climb in up to my waist to get ahold of one. I pull myself out and walk around the back of the truck, open the tailgate and sit down.

“It hasn’t been two weeks since you blacked out and started doing snow angels on the floor in front of the merch table,” she says.

“I don’t remember doing that.”

I’m staring at the woods listening to her tell me it’s fine, to be careful and come on home when I see the cut. You could drive by a million times and never notice it there, even if you were looking for it. I tell my wife I love her and end the call and climb back in the truck, start it up and turn toward the ruts between the trees.

The road goes on forever, it even forks a couple of times and I’ve got no idea where I’m going, just picking left or right and hoping I don’t get stuck in the mud out here in the middle of fucking nowhere in the middle of the fucking woods. The truck is bouncing back and forth and the daylight’s fading and there’s only one more beer rolling around in the floorboard. I’ve just about decided to turn the whole thing around if I can find someplace to do that when the trees open up into a giant clearing of freshly mown grass. It happens fast and I hit the brakes at the treeline and sit there staring straight ahead and wondering what in the hell I’m doing out here. The Kills are singing loud and I turn them down and down and down until the sound is gone.

Out in front of me, seven single-wide trailers are set in a wide semicircle. They’re pushed back almost against the far edge of the trees with very little space between one and the next, enough for a clothesline and a couple of plastic chairs between each one. Some of the chairs have been turned over and there are no clothes hanging on the lines. A pair of jeans and what could be a sundress are strewn across the ground like everything was snatched down in a massive hurry and I get the feeling there were people out here moments ago.

“What the fuck is this, then,” I say, and I want to turn around and get the fuck out of here but there’s not enough room to do that without leaving the trees. Large vegetable gardens line both sides of the clearing. I’m getting visions of meth cooks and cartel weed trimmers and I reach under the seat for the pistol, set it on the center console.

I pull forward and I can see that all the windows are covered and the doors are closed and I know I should just go but now I can’t help myself and I keep moving toward the trailers. I stop a few yards short of the middle one and before I can get it in park the door snatches open and a woman comes storming down the steps with a shotgun. I’m out of the truck before I know what I’m doing and she’s got the thing leveled at my chest and I didn’t even pick up the pistol so I just stand there in the grass and put my hands above my head.

“Put your goddamn hands down,” she says. “Who did you come out here for?” I lower my arms and glance around and now there are bends in all the blinds but I still can’t see inside.

“I didn’t come out here for nobody,” I say, and she doesn’t say shit so I tell her I’m just trying to turn around. I’m drunk and stoned and I should’ve just gone to the goddamn show where the bouncers and bartenders all hate my fucking guts but nobody wants to shoot me.

She asks if I have a gun and I tell her in the truck and she asks what I’m really doing out here and I tell her, really, nothing. A young girl comes out of the trailer behind her with a walkie talkie in one hand and puts the other on the woman’s back. “Nobody knows who he is,” she says, “nobody’s ever seen him.”

“Jesus Christ, you stupid bastard,” the woman says and points the shotgun at the ground. “Well come on in and at least get some tomatoes.” She backs toward the steps without turning around and the girl disappears through the door and I don’t even like tomatoes but here I go inside.

When I ask what they’re doing out here, the woman glares at me as the girl piles vegetables into a paper sack. “Growing tomatoes,” she says, and takes the bag and shoves it against my chest. The place looks more like an office than any kind of home, and again I ask what’s going on.

“Look, I’ve got a dozen ladies out here hiding from assholes just like you,” she says, “and you’ve got them all scared half to death. Couple of bad decisions and you end up married to some prick with shitstains halfway up his back from twenty years of wiping his ass in the wrong direction. Creeping through the woods that way,” she says, shaking her head. “Got them all scared to death. Now please,” she says, “take these and go.”

She follows me out and watches as I climb in the truck and stow the pistol, open the last beer and set out for home. When my wife asks what I’m doing with tomatoes, I set the sack on the counter and pull her close, saying, I love you, I’m right here. I love you. I’m here.