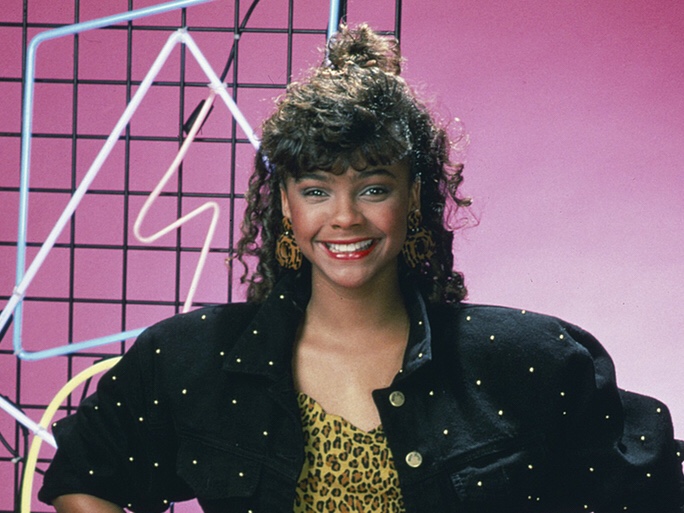 I grew up a homeschooled, black Republican from Los Angeles who went through a brief Gene Kelly phase. I have the unique honor of having been beaten up by just about every race, religion and sexual orientation. I was the UN of ass-kicked.

I was a black nerd.

The 1990s were a simpler time. We all just assumed that Mel Gibson liked Jewish people, Danny Glover had just recently gotten too old for this shit and Gary Busey was a respected actor. Every kid had a role model. Most of my friends idolized Tupac or Ice Cube, but for me it was Gene Kelly. Regardless of whether or not today would be a good day, there was little chance I would have to use my AK. For the black nerd, there was little representation in life or on TV. We had Lisa Turtle from “Saved By The Bell,” Carlton Banks from “The Fresh Prince of Bel Air” and the bane of my existence, Steve Urkel. All my white friends would jokingly call me Steve Urkel. This would have seemed racist, except that all my black friends called me Steve Urkel.

During the late 80s and early 90s, there were quite a few African Americans in television and movies. We were able to do anything: be a doctor, be a gangbanger.  We could do anything except violate the “Lisa Turtle rule.”

It turns out she had a secret to tell me, and it could only be whispered in my ear.

I leaned in close as she said, “There is a girl at school that likes you.”

With all the cockiness of a 16-year-old boy, I looked her straight in the face and whispered back, “OK, who is it?”

She slowly said to me, “She is very near you right now.”

I looked back and cocked one eyebrow before saying, “Yeah, but who is it?”

This went on for a while. Finally I figured it out.

She liked me, and I was crazy about her. What followed was the most wild, intense, passionate, powerful, and emotionally fulfilling two weeks of my life. I was determined to be the best boyfriend I could be. I bought her only the finest jewelry from Kmart and took her to the biggest movies.

That did not go so well. Yet, despite this, she still seemed really into me. So I was surprised when she pulled me aside at school and told me we had to talk. It was a simple conversation, and honestly I have forgotten most of it. In fact, the only thing I remember is a single statement.

She said, “My mother says that it’s not a good idea for us to date.”

“Why?” was the thought running through my head.

What was different about me as compared to her boyfriends before or after. Did I have a reputation as a bad boy? See the aforementioned Gene Kelly phase. Did I come from a bad family, or were we too poor? My parents made the same money as her parents. We were all friends.

I broke the Lisa Turtle rule.

The Lisa Turtle rule is based on Lisa Turtle from Saved by The Bell. The show lasted five seasons, totaling 126 episodes — not including The College Years and the New Class spinoffs. Throughout the series, they tried every relationship combination you could imagine: Zack and Kelly; Zach and Jesse; Jesse and Slater; Kelly and Slater.

Every combo except Lisa and anyone.

Every party and dance they went to, Lisa somehow magically produced a mute black kid that we had never seen before and would never see again. She was the queen of the B-storyline. Zach, Kelly, Slater, and Jesse handled the A-storyline, while Screech and Lisa generally dealt with the B-storyline.

It’s true that Screech was always trying to get with Lisa, but as we all know, Screech is crazy. It’s the Lisa Turtle rule. You can do whatever you want, but ultimately, the story is not about you, and above all, you don’t get the girl or guy.

It’s Lando Calrissian in “Star Wars,” Calvin in “Freaks and Geeks,” the secretary from “3rd Rock from the Sun,”Astrid from “Fringe,” Charles Gunn from “Angel,” Jazz the Robot from “Transformers,” and it is why Winston from “New Girl” will never get Zooey Deschanel.

I know what you are thinking. There was one episode in “Saved by The Bell” where Zach and Lisa liked each other. That is true, but before that episode ended, they came to the same conclusion my girlfriend Jill’s mom did: “It’s probably not a good idea for them to date.”

A friend once told me that he sometimes fantasized about coming back years after a girl dumped him. He would return rich, handsome and successful and make her regret ever breaking up with him.

As I stood there in that empty classroom watching Jill leave, I realized there would be no fantasizing for me. There was no amount of money, fame or success that would alter the reason she broke up with me. It was the one thing I could never change. I broke the cardinal rule.

I was supposed to be the Danny Glover of this story—a funny straight man that helped my Mel Gibson shine. But for a moment I tried to be Mel Gibson. I tried to  be a part of the main story. I guess my audience just wasn’t ready for that.